The Combat Caravan, which is a modified Cessna Grand Caravan equipped with a targeting system, laser-guided missiles and new data-link capabilities among other technologies, was delivered to the Iraq Training and Advisory Mission in Kirkuk, Iraq, as part of a contract supporting the reconstruction of the Iraqi air force. To date, ATK has delivered 11 modified C-208 aircraft: three reconnaissance aircraft, five trainer aircraft and three AC-208B aircraft. 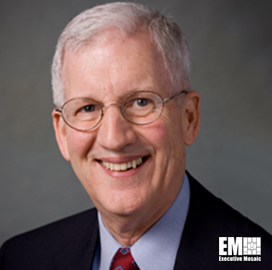 Martin Faga, former director of the National Reconnaissance Office, has been appointed to the board of directors of Los Angeles-based space technology and services provider LinQuest.

Pacem Solutions InternationalÂ has completed its acquisition of tactical, operational and training equipment manufacturerÂ Amtec Less Lethal SystemsÂ for an undisclosed sum. Falls Church, Va.-based Pacem said Thursday the deal would allow the companyÂ to expand into the defense and security markets across Middle EastÂ andÂ Africa,Â East EuropeÂ and Asia. Michael Quesenberry, former president of ordnance and military products at Chemring, will