J. Nolasco DaCunha, VP of the Sperry Marine unit, said “The patrol craft bridge upgrades will give the 1990s-era patrol craft the same navigation technology that is standardized across the rest of the U.S. Navy fleet. They will provide improved situational awareness and enhanced navigation safety for the ships’ watchstanders, giving them a real-time, constantly updated picture of the ship’s position and movement relative to navigation aids and hazards on a large high-resolution screen.” 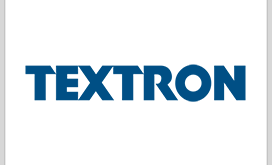