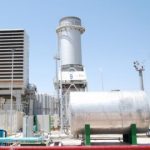 Greenleaf Power expects to complete the purchase of Plainfield Renewable Energy later this year and the transaction represents its sixth acquisition in North America and second on the East Coast, the company said Wednesday.

The plant is built to generate 37.5 megawatts of electricity for up to 280, 000 homes, uses clean biomass as its fuel and sells its electrical output to Connecticut Light and Power under a long-term offtake agreement.

Greenleaf Power, which owns facilities in California and Canada, invests in projects to gather biomass that would otherwise be openly burned or landfilled and converts it to renewable energy.