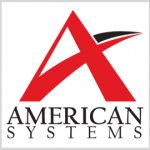 Mark Danisewicz, chief financial officer at American Systems, plans to retire from the company sometime in the summer of 2015 after a 35-year career at the Chantilly, Virginia-based contractor.

The company will begin its search for Danisewicz’s successor in early January, American Systems said Thursday.

Danisewicz has led the company’s finance and accounting group and has helped the organization launch an employee stock ownership plan and negotiate acquisition deals during his career at the company.

He has served in the CFO post since 1997 and is a recipient of Virginia Business magazine’s 2008 CFO of the Year award.

He plans to focus on charitable and consulting services after he leaves the organization.