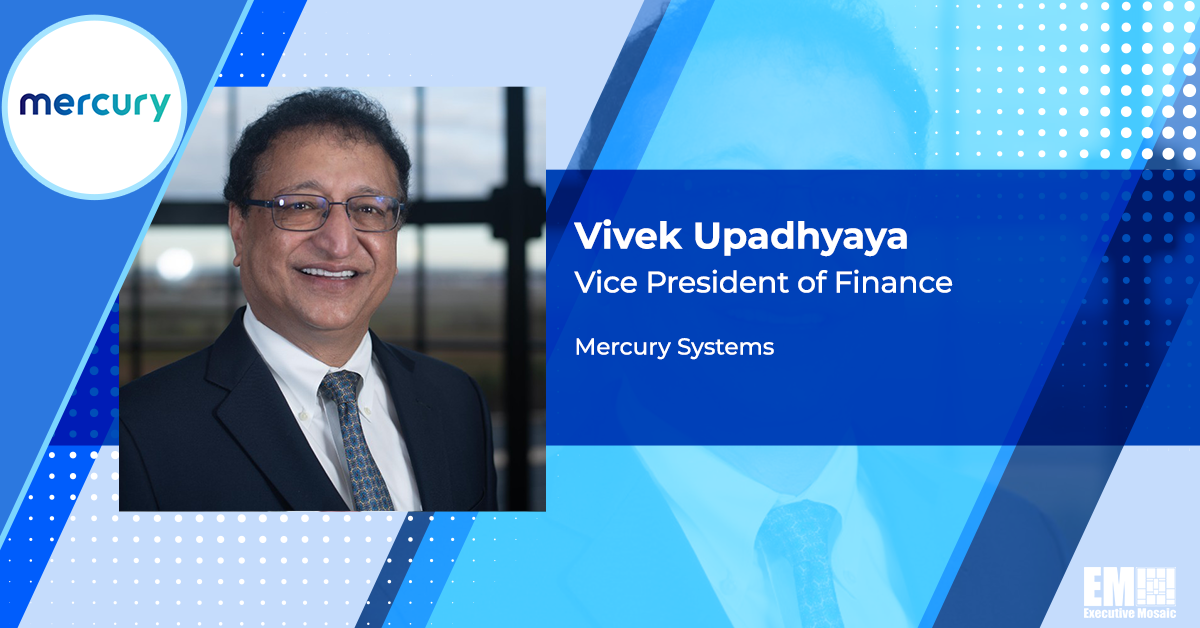 Upadhyaya has more than 30 years of experience in finance, business development and operations. He served in leadership roles at Amgen (Nasdaq: AMGN), the Kellogg Co. (NYSE: K) and Medtronic (NYSE: MDT) earlier in his career.

His career in the government services industry started at Orbital ATK, where he served as VP of financial planning from 2012 until the rocket builder was purchased by Northrop Grumman (NYSE: NOC) in 2018. He continued in that role under Northrop’s innovation systems sector through January 2019.

He then moved on to Israel Aerospace Industries‘ North American arm as CFO and later became president and CEO of the subsidiary.