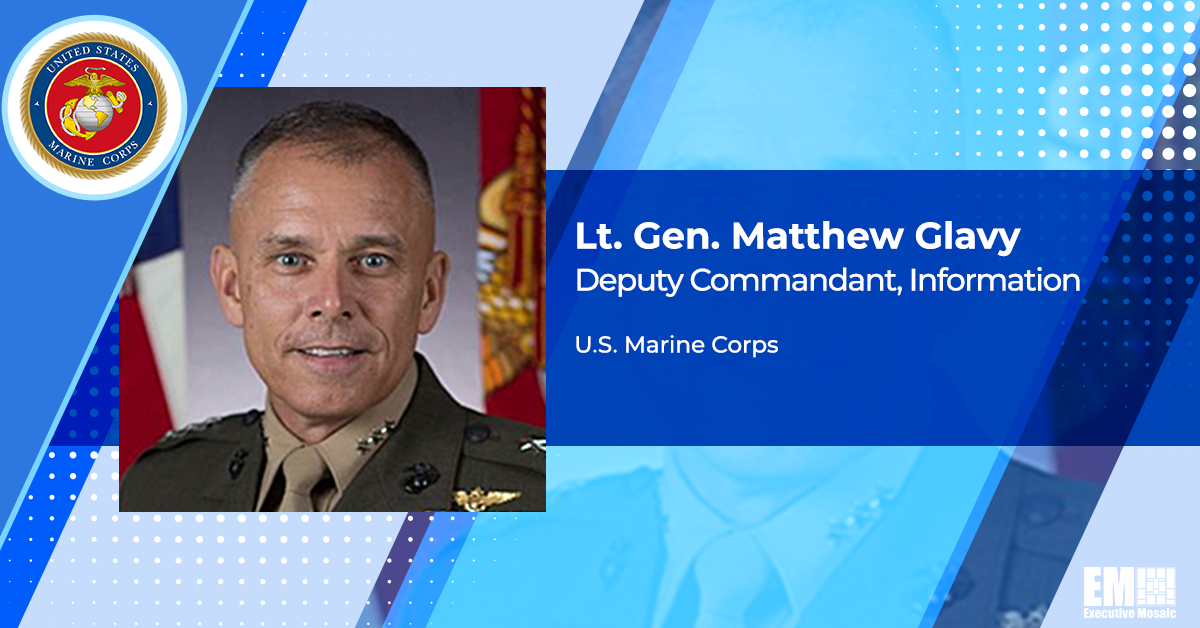 With the release of the Marine Corps Doctrinal Publication-8, Information in June 2022, the U.S. Marine Corps recognized information as an important component of warfighting. Now, the service is working on a new document that translates the concept into practical application.

Lt. Gen. Matthew Glavy, USMC’s deputy commandant for information, said the service is now drafting the Marine Corps Warfighting Publication-8, which will serve as a follow-up to MCDP-8.

During GovCon Wire’s Second Annual Navy: IT Transformation Forum, Glavy said the new document will be “the practical application of what we did with MCDP-8, and it’s going to be centered around this idea of combined arms and how information has now got to be critical to what’s already in the Marine Corps DNA.”

Glavy explained that the Marine Expeditionary Forces, or MEF, put together information groups that “took all the enabling capabilities — the intelligence functions, the communications functions, the psychological operations functions, the defensive cyberspace operations — and we put it under a single commander that now, on behalf of the MEF commander, can maneuver as required in a multi spectrum way to generate outcomes.”

Of his role, he said, “It’s really a reflection of what the Marine Corps thinks we need to do from organize, train and equip, to policy generation, to capabilities development — and trying to make sure there was a deputy commandant that was accountable, responsible to the commandant on behalf of those key enabling capabilities.”

Glavy also said that Marine Corps leaders have made “how to operate in an information environment” a key aspect of the service’s Force Design 2030, which outlines what will be required to fight and win in conflicts of the future.

These changes occurring within the Marine Corps are reflective of the larger pivot in U.S. defense priorities from counterterrorism to peer and near-peer competition. “We have a pacing threat and we’re in this peer competition that could lead to a crisis and conflict that through integrated deterrence, we want to avoid,” Glavy said.

While Glavy acknowledged that the new information-focused warfighting publication is an important step forward in preparing for a peer competition or conflict, he also recognized that the Marine Corps is just beginning, and that integrating information as a warfighting component will be a continuous effort.

“We’re writing this document as we speak,” he said, “but probably the day it’s published is the day it becomes obsolete, because it’s just continuous how fast technology is moving.”

To learn more about how the U.S. military is using information and information technology as warfighting tools, join GovCon Wire’s Second Annual Defense and Intelligence: IT Modernization Forum on Oct. 26. Click here to register.

With the release of the Marine Corps Doctrinal Publication-8, Information in June 2022, the U.S. Marine Corps recognized information as an important component of warfighting. Now, the service is working on a new document that translates the concept into practical application. Lt. Gen. Matthew Glavy, USMC’s deputy commandant for information, said the service is now
Sponsor