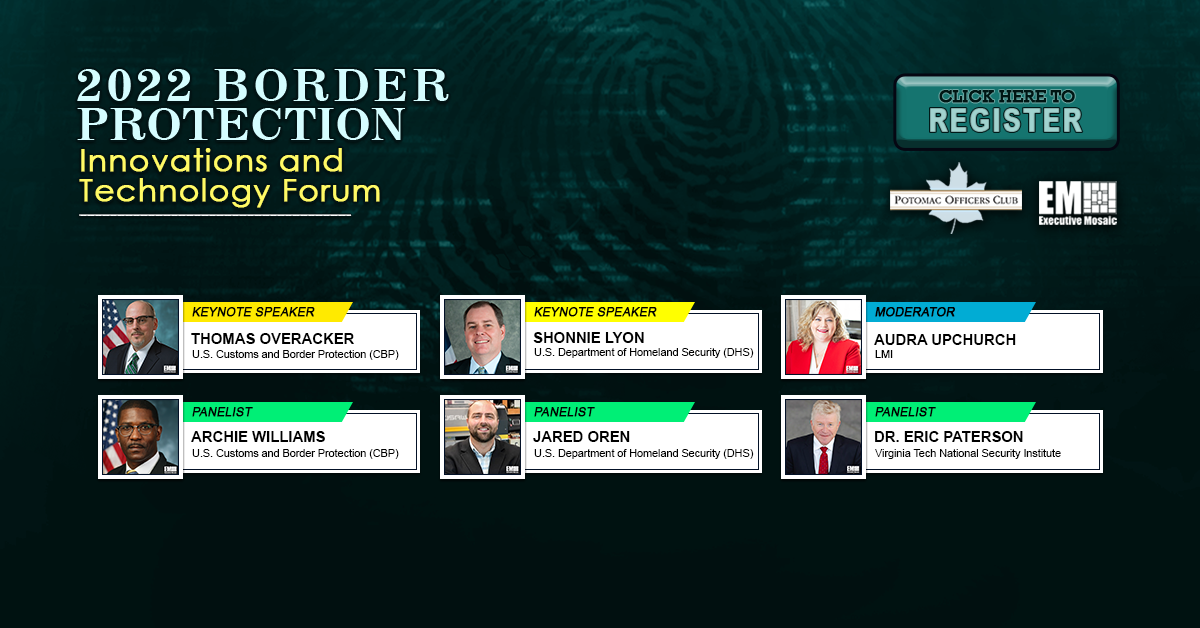 Advanced technology products and services are a high priority for U.S. national security agencies; but despite funding boosts, federal leaders are still struggling to field these technologies due to gaps that ultimately boil down to a lack of skilled, cleared talent.

Specifically, counter UAS systems across the border are in need of multimodal improvements that require a high level of software and algorithm knowledge, according to Jared Oren, director of the test and evaluation division of the National Urban Security Technology Laboratory under the Department of Homeland Security’s science and technology directorate.

“Individual sensors are capable in many ways,” Oren said during the 2022 Border Protection Innovations and Technology Forum hosted by the Potomac Officers Club. “There’s limited interaction and automated interaction between sensors cuing off of different signatures, features or challenges in the environment.”

“So that’s a lot of software and algorithm development-related challenges to improve on in this multimodal fusion area,” he explained.

The U.S. Customs and Border Protection is also seeing tech shortfalls within its Non-Intrusive Inspection Systems (NIIS) program, which supports its “port of the future” concept through increased drive-through screening capabilities at U.S. ports of entry.

Williams said the main goal of the NIIS program is to increase detection effectiveness, which relies primarily on the effectiveness of detection algorithms that use AI/ML technology.

These hurdles are similarly reflected across DHS. Oren mentioned that the agency’s law enforcement and first responder customers are increasingly looking for rapid high-precision mapping, persistent overwatch and semi-autonomous robotics capabilities, which come with their own sets of AI/ML challenges.

Academia has also taken notice of the AI boom across a myriad of industries and organizations. “We are seeing artificial intelligence and machine learning impacting almost every branch of knowledge,” shared Dr. Eric Patterson, executive director of Virginia Tech’s National Security Institute.

The National Security Institute occupies a “unique space” at the intersection of workforce development and research execution. Dr. Patterson said the National Security Institute expects to produce 750 masters degree candidates per year, making it the largest computer science and computer engineering program in the country; but even that figure is “probably nowhere near enough to fill the national demand signal.”

“It is a little bit of a crisis, is my assessment,” Dr. Patterson said. “It’s a really an all-hands-on-deck situation,” he warned, emphasizing the importance of industry partnerships in building up a workforce capable of responding to critical, urgent national security needs.

A different approach to education may also be necessary, Dr. Patterson implied. He noted that as an educator, he can’t teach his students how to use a tool that doesn’t exist yet, but that could emerge as a critical new technology in the coming years. However, he can teach students how to handle uncertainty when that new tool emerges and changes.

Dr. Patterson said we should “educate students to broadly handle the complexities of the future” rather than placing too much emphasis on any one technology whose role may wax or wane in the federal landscape as it evolves over time.