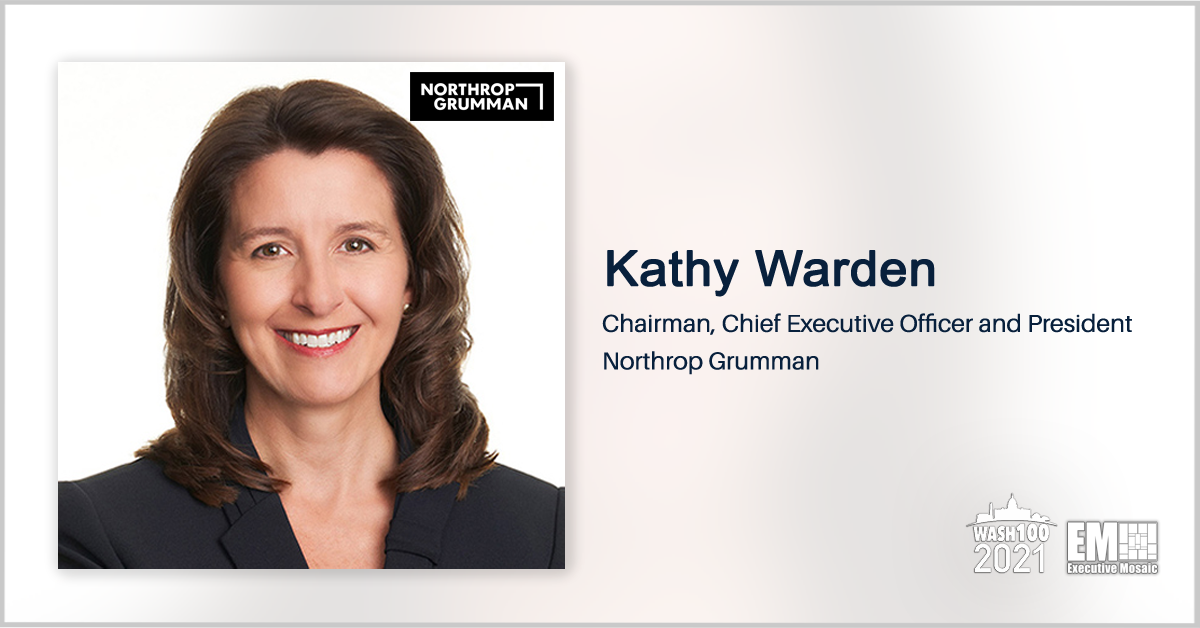 Kathy Warden, chairman, president and CEO of Northrop Grumman (NYSE: NOC) and a six-time Wash100 Award winner, discussed the company’s involvement in the modernization of two components of the nuclear triad and one of the programs she talked about is the B-21 bomber.

She told CNBC in a video interview posted Friday that the company started risk reduction on the B-21 program several years before award and has focused on ensuring that the team working on the new capability has the tooling, facilities and other needed resources.

“We have kept that program on schedule and cost and looking forward to moving into higher rate production later in the decade,” Warden said of the program.

The other leg of the nuclear triad modernization Warden discussed is the Ground-Based Strategic Deterrent intercontinental ballistic missile program, which will replace Minuteman III missiles. She noted that the program is progressing well on cost and budget.

“We have looked at that program as another program that required significant risk reduction even before we started into this engineering manufacturing and design phase of the program,” she said of GBSD. “A risk reduction phase of about three years preceded the phase of the program that we’re in now, which has now been ongoing for about a year so four years of great progress toward initial operating capability for that program later this decade as well.”

When asked about hypersonic capabilities, Warden said the company has begun prototyping work and sees the technology as having strong potential.

During the exclusive interview, Warden said the current labor shortage in the country will be Northrop’s “primary focus” in 2022.

“When I think about the challenges that we all might face going into next year, the labor shortages that we’re seeing are suddenly one that’s top of mind,” she said.

A team of Raytheon Technologies (NYSE: RTX) and Northrop Grumman (NYSE: NOC) has won a five-year, $985.3 million contract to build and demonstrate an air-launched, scramjet-powered weapon system designed to operate at a speed greater than Mach 5. The service branch is obligating $100 million for the Hypersonic Attack Cruise Missile procurement effort at the
Sponsor