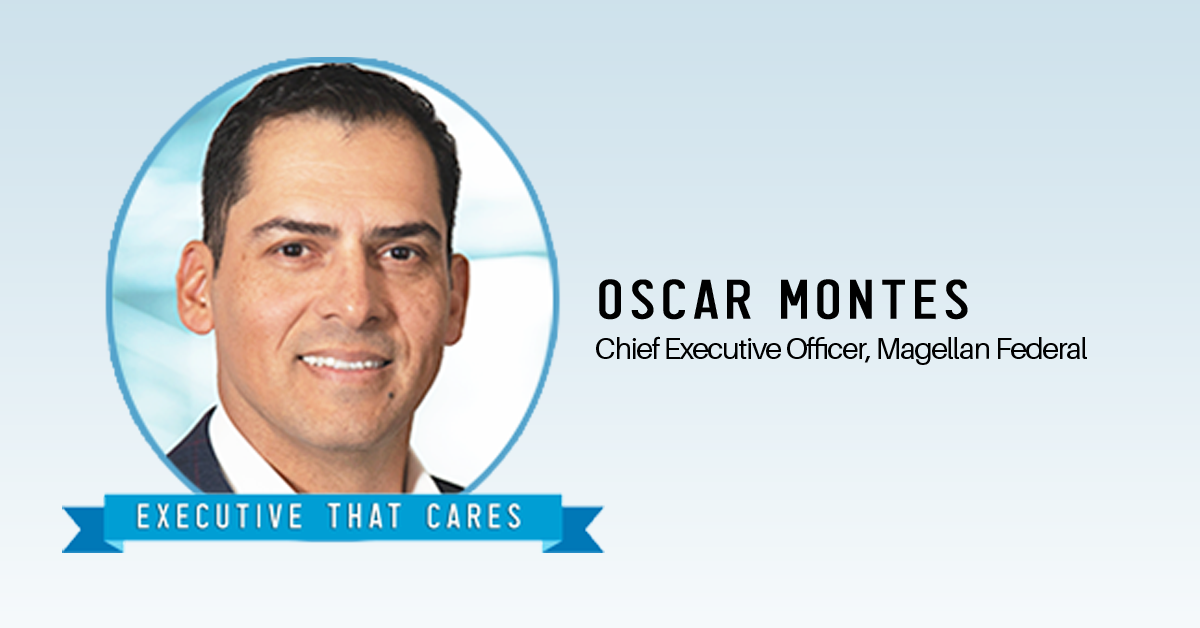 Oscar Montes, CEO of Magellan Federal, recently spoke with GovConWire to discuss the Hidden Helpers Coalition, an organization created by the Elizabeth Dole Foundation to showcase untold stories of military caregivers who care for a wounded, ill, or injured service member or veteran, seeking to provide solutions for the nation’s hidden heroes.

During the conversation with GovConWire, Montes discussed the history behind the Hidden Helpers initiative and the unrecognized challenges that children from military families are forced to deal with at a young age. In addition, he talked about the importance of the cause for Oscar as well as how people can learn more and get involved.

You can read the full conversation with Oscar Montes in GovConWire’s latest “A GovCon Executive Who Cares” feature below:

GovConWire: What can you tell us about the history behind Hidden Helpers? How does the organization make a difference specifically for the children who grow up in military families?

“Hidden Helpers is a new initiative that’s been created to address the needs of caregiving kids in the military. These are kids and teens from military families that witness the physical and emotional impacts of war on their parents.

They experience more stress, anxiety, responsibility, and difficult feelings than most of us experience in our lifetimes. They’ve been forced to grow up really fast. While these kids are proud of their loved one’s service, the load they carry is heavier than any child should have to bear.

In April 2021, the Joining Forces Initiative within the White House partnered with the Elizabeth Dole Foundation and the Wounded Warrior Project to bring awareness and support to the 2.3 million children in this country whose parents are wounded, ill, or injured service members and veterans.

The Hidden Helpers Coalition is a group of more than 60 organizations that have committed themselves to this overall cause. I had the pleasure of representing Magellan Federal at the White House kickoff for this new phase in the Hidden Helpers Initiative in November. The event revealed groundbreaking research into this area and it helped gain commitments for this initiative from industry and within the federal government as well.”

GovConWire: Congratulations on becoming a Hidden Helpers Coalition member last month! Can you tell us why this organization was so important for you to join and how it continues to drive your mission with Magellan Federal as well?

“We really believe in this cause and its importance. That was obviously the top driver of why we wanted to join the Hidden Helpers Coalition. We’ve pledged to support the organization and these children and youth to aid in the creation and expansion of new resources and services. We’re trying to engage our entire nation’s healthcare system and healthcare providers to create a whole new model of support for caregiving children within medical institutions.

Our goal is to ensure that doctors, nurses, physicians, mental health professionals and anyone else in the industry understand the environment and the unique challenges that military children face at every stage of their development from preschool through high school.

We’re going to be working very closely with Hidden Helpers to help our healthcare system achieve those goals. Here at Magellan Federal, our job is to support behavioral health and resilience of military service members, veterans, civil servants, and their families. As such, the Hidden Helpers initiative directly aligns with our company’s ethos.

Many of the programs we support provide critical services for families, such as new parent support, domestic abuse victims advocacy, military family life counseling, and other resilience-oriented services to help service members and their families, including their kids. We think we can make a really big difference, so we’re excited to be a part of it.”

GovConWire: How can people get involved with the Elizabeth Dole Foundation to support Hidden Helpers’ mission? What can we do to support military behavioral health awareness?

“I would encourage everybody to look into the Elizabeth Dole Foundation. It’s a wonderful organization that Senator Dole established after her husband, the late Senator Bob Dole, was hospitalized in 2010 at the Walter Reed National Military Medical Center. There, she met so many military Caregivers – spouses and kids – who were taking care of our nation’s wounded warriors.  She realized those Caregivers needed a special level of support. That’s a mission she’s continued to champion to this day. If you care about this, support the Dole Foundation, the Wounded Warrior Project, and the Joining Forces initiative to make life better for our Hidden Helpers.”

Generations of children and youth have witnessed first-hand the physical and emotional effects of war. In their childhood and adolescence, they have experienced more stress, anxiety, responsibility, and complex feelings than most of us will in our lifetimes.

They have been forced to grow up fast. And while these hidden helpers are proud to be a part of their family and of their loved one’s service, the load they carry is heavier than they should have to bear.

Visit Hidden Helpers to get involved and join our efforts to uplift the voices of military caregiver kids, better understand the unique challenges they face, and enhance the support services available to them.