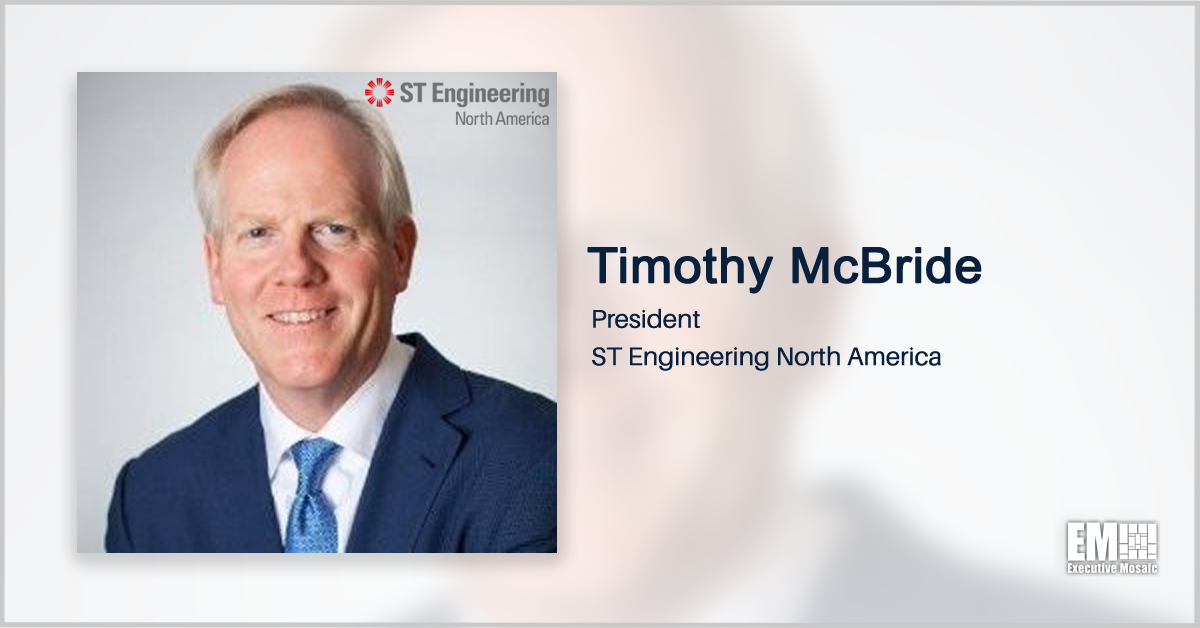 He will oversee the operations of ST Engineering North America through the company’s headquarters in Alexandria, Virginia, the company said Monday.

“Tim brings with him a deep understanding of the commercial and defense sectors, as well as a wealth of experience in government relations. He spent more than 30 years at multinational public companies and government agencies, including the White House, holding senior positions that contributed to the strategic and commercial success of the organizations that he served,” said Vincent Chong, group president and CEO of ST Engineering.

Chong added that McBride’s experience and credentials will help the company continue to deliver on its strategic agenda to create long-term value in the U.S.

McBride previously served as SVP of global government relations at Raytheon Technologies. He was responsible for government relations at United Technologies Corp. as SVP prior to UTC’s merger with Raytheon. He also served in the White House as a special assistant to then-President George H.W. Bush and as assistant secretary for trade development at the Department of Commerce.

ST Engineering North America started operating in the U.S. in 2001, has approximately 5,000 employees and accounts for about 25 percent of the parent company’s total revenue. In early October, ST Engineering agreed to acquire TransCore from Roper Technologies (NYSE: ROP) for $2.68 billion in cash as part of efforts to expand its presence in the smart mobility sector and U.S. market.