Immuta has named six industry veterans to its leadership team to help advance its growth strategy and meet the demand for its universal cloud data access control platforms.

Shealey, who previously served as VP of public sector at Trifacta, will help expand Immuta’s presence across the U.S. government by overseeing partnerships, go-to-market, sales and marketing functions.

Sadiq, most recently director of strategic alliances at Trifacta, will launch and build up partnerships across the public sector.

“As organizations seek to maximize the value of their data quickly and securely, we are seeing huge demand in Immuta’s universal cloud data access control platform from the financial, insurance, healthcare, life sciences, technology and manufacturing industries, as well as the public sector,” said Immuta CEO Matt Carroll.

Carroll noted that the addition of industry leaders will support the company’s mission of automating data access control and facilitating the ethical and legal use of data.

Immuta has named six industry veterans to its leadership team to help advance its growth strategy and meet the demand for its universal cloud data access control platforms. Former Trifacta executives Brian Shealey and Rehan Sadiq have joined Boston-based Immuta to serve as vice president of sales and VP of regional alliances, respectively, for the 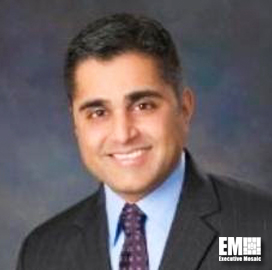