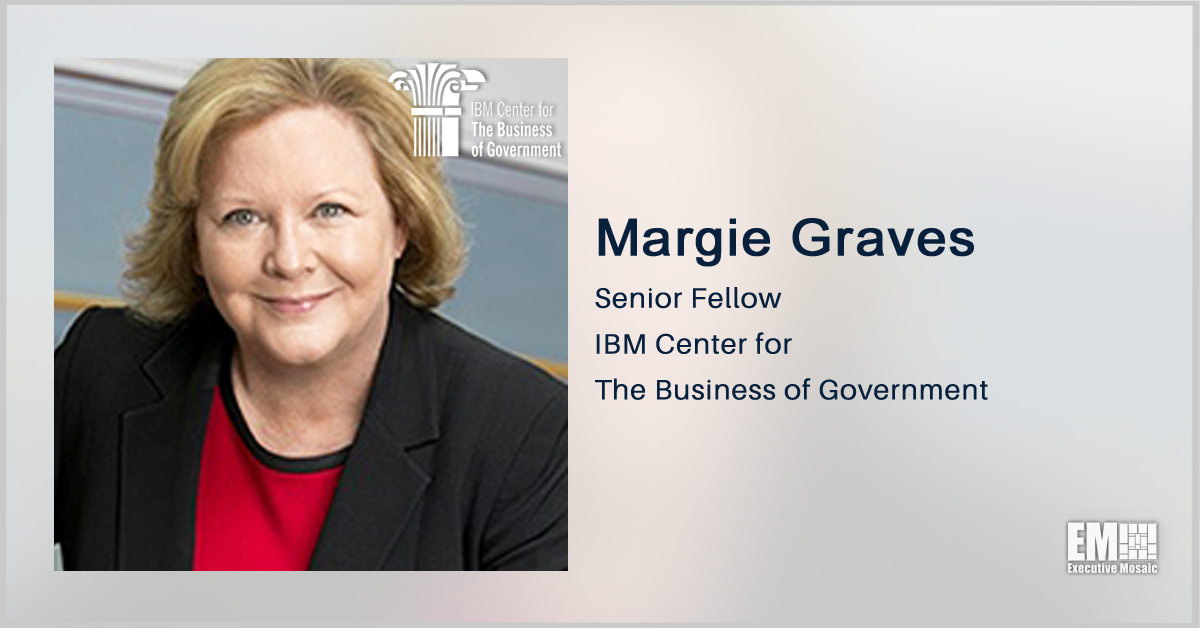 Margie Graves, who served as the federal deputy chief information officer from March 2016 to December 2019, has joined IBM‘s (NYSE: IBM) Center for The Business of Government as a senior fellow.

Her new role will center on research, public speaking and writing about various topics such as cloud computing, analytics, emerging technology and cybersecurity, IBM said Monday.

Her government service also included time as acting federal CIO under the Trump administration and deputy CIO at the Department of Homeland Security, where she oversaw DHS’ $5.4 billion information technology portfolio and managed projects in its Office of the Chief Information Officer.

She is the chair of the Industry Advisory Council, a National Academy of Public Administration fellow and part of the Partnership for Public Service’s Strategic Advisors to Government Executives network.

Her private sector experience centered in the management consulting field where she worked for one decade at A.T. Kearney and other global firms.