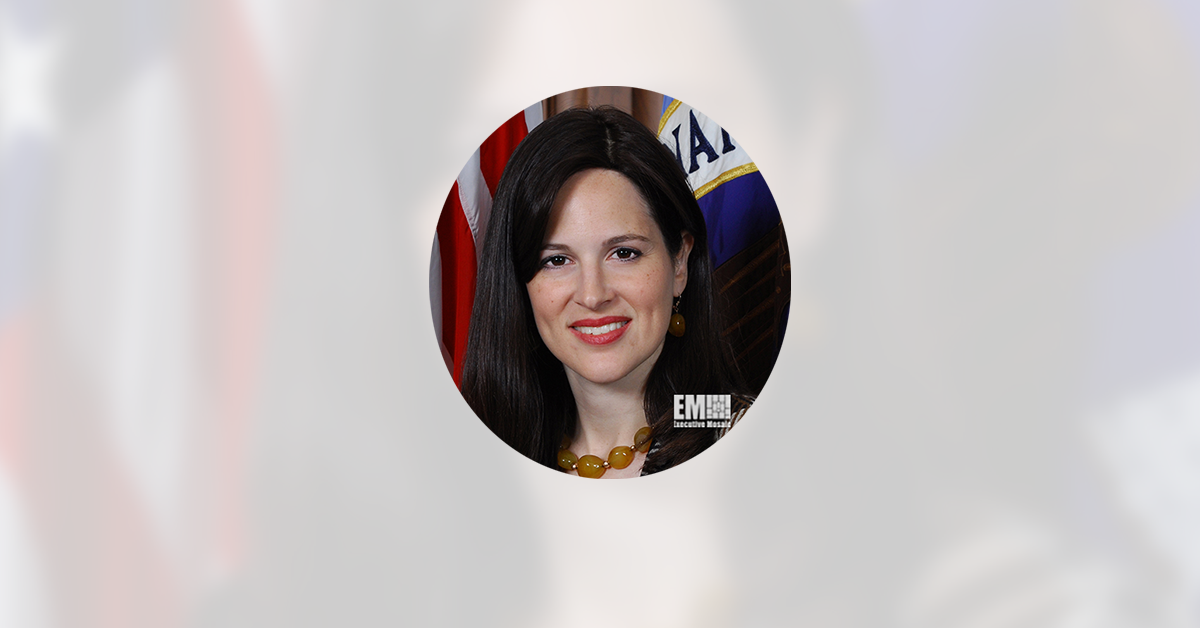 Executive Mosaic is pleased to introduce Anne Neuberger, deputy national security adviser for cyber and emerging technology at the White House’s National Security Council (NSC), as a recipient of the 2021 Wash100 Award, the most respected award in all of government contracting (GovCon).

This marks Neuberger’s second consecutive Wash100 Award. For her 2020 Wash100 Award win, Neuberger was recognized for her role in developing new counter threat policies with the agency and driving federal technology initiatives.

Previously, the director of cybersecurity at the National Security Agency (NSA), Neuberger was named as President Biden’s nominee for the newly created deputy national security adviser post at the White House in January this year.

Her experience builds on years of leading cybersecurity efforts at NSA where she also served as the agency’s first chief risk officer.

Biden’s selection of Neuberger for a White House position comes as part of the new administration’s “urgent initiative” to address the U.S. government’s cybersecurity concerns, particularly with regards to threats coming from Russia and China, the president said in his speech to the State Department in Feb. 2021.

She told TechCrunch during the Disrupt 2020 event in September that securing pharmaceutical companies’ data and protecting the supply chain from attacks should be the government’s key priorities.

“The threat landscape has changed,” she said. “We’ve moved to telework, we move to new infrastructure, and we’ve watched cyber adversaries move to take advantage of that as well.”

During the 2020 election period, Neuberger reinforced NSA’s goal of ensuring public awareness of threats to election security and promoting coordination across the government, particularly with the FBI and U.S. Cyber Command (USCYBERCOM).

In an August interview with CBS News, Neuberger noted that her office works to prevent adversary efforts to malign public perception and interfere with the U.S. election infrastructure.

“[F]or us in the intelligence community, we’re constantly watching for which adversaries may be seeking to shape a population’s thinking, to shape an election and then rapidly to bring that to partners or to the private sector to ensure that they’re both aware of techniques and are countering them on their platforms,” she said.

In June, NSA launched a pilot program to fortify the Domain Name System (DNS) servers of small- to mid-sized businesses. The program, which directs third-party entities to help companies secure DNS architecture, follows the agency’s analysis which found that having a secure DNS in place would mitigate malware attacks by 92 percent.

Under Neuberger’s leadership, NSA worked with the Cybersecurity and Infrastructure Security Agency (CISA) on an initiative to protect operational technologies and control systems used by the defense industrial base (DIB).

She also spearheaded NSA’s partnership with the FBI to educate the public on a new form of Russian malware as well as efforts to provide information on 25 China-linked  Common Vulnerabilities and Exposures (CVE) that could impact the DIB, Department of Defense (DOD) and National Security Systems (NSS).

Earlier this year, NSA released its year-end report highlighting the agency’s progress and findings on the cybersecurity landscape in the past 12 months.

According to the report, NSA helped the DOD update its encryption approach and brought visibility to NSA cybersecurity operations through a new Twitter account.

“As we began our first year, we took a deliberate approach to building trust by sharing unclassified threat and cybersecurity advice,” said Neuberger in the report’s foreword. “We forged deeper relationships with our U.S. government and industry partners to deliver better outcomes than any of us could achieve alone.”

Executive Mosaic congratulates the National Security Council and Anne Neuberger on her 2021 Wash100 Award. Neuberger’s success in the federal sector signifies her leadership and level of excellence that drives the GovCon industry forward and demonstrates the prestige of a Wash100 Award.

Executive Mosaic is pleased to introduce Anne Neuberger, deputy national security adviser for cyber and emerging technology at the White House’s National Security Council (NSC), as a recipient of the 2021 Wash100 Award, the most respected award in all of government contracting (GovCon). This marks Neuberger’s second consecutive Wash100 Award. For her 2020 Wash100 Award
Sponsor