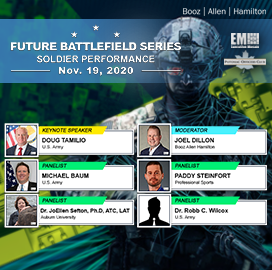 Soldiers need physical fitness and mental fortitude to keep them one step ahead of the adversary. The proliferation of wearable technology and the biofeedback and neurofeedback data it generates have created new opportunities to quantify and evaluate tactical athletes’ performance and leverage quantitative data to design the highest performing squads.

Donald Coulter, senior science and technology adviser to the Network Cross-Functional Team, reported that one of the team’s priorities for 2021 is to advance wearable technology for user authentication.

With the wearables, soldiers' identities are verified using biometric data such as heart rates, gait, unique skin signatures and physical locations. Wearable technology will make the Army’s systems more secure, while being more intuitive for the soldier in the field.

In addition, The U.S. Army is working with Fitbit on wearable technology that has pre-symptom COVID-19 diagnostic capability.

The company was selected by the U.S. Army Medical Research and Development Command (USAMRDC) under a $2.5 million contract from the U.S. Department of Defense through a Medical Technology Enterprise Consortium (MTEC)

Under the contract, Fitbit will advance development of a wearable diagnostic capability for the early detection of a COVID-19 infection.

Fitbit will work to integrate wearable illness detection capabilities to its users as soon as possible. Fitbit is working to initiate a prospective study with Northwell Health’s Feinstein Institutes for Medical Research to advance development and validation of the Fitbit algorithm to detect COVID-19.

The U.S. Air Force continues to face a pilot shortage of about 2,100 or roughly 10% of the 21,000 pilots it needs to execute the National Defense Strategy, the service has undertaken a number of initiatives to increase the production of pilots, including programs that utilize augmented and virtual reality (AR/VR), as well as “plug-and-play” solutions to train pilots. 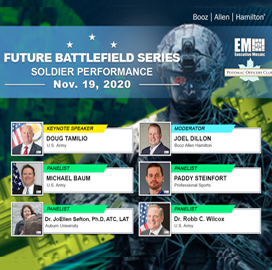 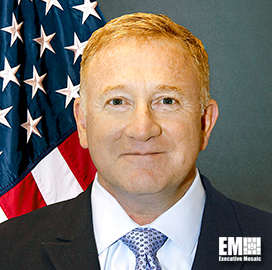