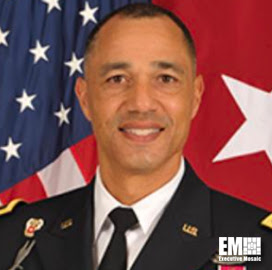 From 2013 to 2015, Edmonson commanded the 35th Signal Brigade, XVIII Airborne Corps. From 2015 to 2016, he served as executive officer to the Army CIO/G-6. In June 2016, Edmonson became the 38th chief of signal and signal commandant. Edmonson assumed his position as the deputy chief of staff, G-6, Forces Command in July 2018.

“We are testing the ability of the nation’s Army to fight as one force,” said Edmondson. “That is why my visit to Camp Shelby is all about Army readiness. There is nothing we do alone. This is about partnership.”

As the first CMMC RFPs quickly approach, it is essential that organizations and companies shift gears to CMMC preparation. CMMC is not just about fixing a gap or implementing a control, it’s about an organizational behavior, such as Practice Maturity and Process Maturity, which is essential for Level 3 and higher.

During the forum, Edmonson will discuss the meaning of “process maturity” and the concept of “evidence” of maturity. He will also analyze the requirements and priorities of implementing the certification, including scoping of CMMC assessments, supply chain impacts and C3PAOs.

Edmonson will also be joined by keynote speaker, Katherine Arrington, chief information security officer (CISO) for the Office of the Under Secretary of Defense for Acquisition (OUSD(A&S)) for the Department of Defense (DoD) and 2020 Wash100 Award recipient.

Brig. Gen. Robert Edmonson, deputy chief of staff, FORSCOM (G6) of U.S. Army, will be featured as a keynote speaker during Potomac Officers Club’s Fall CMMC Forum on October 7th. From 2013 to 2015, Edmonson commanded the 35th Signal Brigade, XVIII Airborne Corps. From 2015 to 2016, he served as executive officer to the Army CIO/G-6.