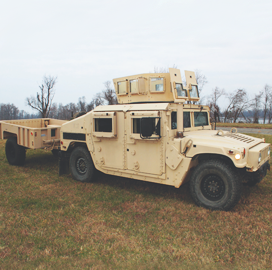 Defense working capital funds for fiscal 2020 through fiscal 2023 are being used on both awards. The company will perform work in Indiana.

The Humvee tactical wheeled vehicle is powered by diesel and built to support combat and combat service support operations.

AM General works with Red River Army Depot in Humvee recapitalization efforts through a public-private partnership agreement, according to the branch. 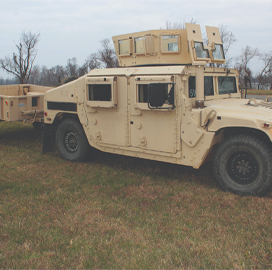 Ricardo Defense has secured an $89.8 million contract to supply kits for retrofitting anti-lock braking and electronic stability control systems of the U.S. Army’s High Mobility Multipurpose Wheeled Vehicles. Army Contracting Command received one bid for the firm-fixed-price contract via the internet, the Department of Defense said Tuesday. The service branch will provide funding and location

AM General Secures $121M Humvee Support Contract From US Army

AM General has received a $121.3M cost-plus-fixed-fee contract to support the U.S. Armyâ€™s family of high-mobility multipurpose wheeled vehicles. The service branch will determine work locations and funding upon issuance of each order under the contract which covers engineering, logistics and system support services for its Humvee units, the Defense Department said Wednesday. The Army