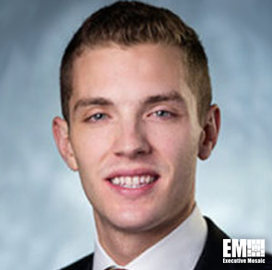 Buscher is former vice president of intelligence and special operations at Peraton and founder of Vanguard Defense Industries. He previously worked at the U.S. Army Special Operations and the CIA.

NuWave will operate as a standalone company as it works to help AEI expand its government and defense services reach into AI and advanced analytics areas.

“Artificial intelligence and machine learning continue to gain significant momentum helping governments and businesses gain intelligence from their vast amounts of data to make better decisions,” said Jeffrey Hart, a vice president at AEI. “The end uses for these capabilities continue to evolve and we look forward to being at the forefront of this evolution with the NuWave team.”

Mark Keyser, co-founder of NuWave, will continue to serve as an adviser to the company’s board of directors.

Leidos (NYSE: LDOS) has agreed to acquire Huntsville, Ala.-based technology services contractor Dynetics for approximately $1.65B in cash to further build up its position in the intelligence, civil and defense markets. "The addition of Dynetics will significantly increase our capabilities for rapid prototyping and agile system integration and production, enhancing our overall offerings and services to customers," said Roger Krone, chairman and CEO of Leidos and a 2019 Wash100 winner.