Luis De Leon Chardel, senior vice president of operations and deputy head of space business at RUAG, has been appointed to lead the segment on an acting basis beginning in June.

He will succeed the outgoing RUAG Space head Peter Guggenbach and will bring over two decades of management experience to his new position, the company said Tuesday.

Chardel, who has held his current roles since 2017, is responsible for the aerospace and defense technology group’s international operations, including the supply of spacecraft subsystems to clients such as NASA and United Launch Alliance.

Prior to joining RUAG, he served as SVP for operations and supply chain at electrical systems manufacturer Hager Group. He also worked in leadership positions at Ingersoll Rand, Hikaros Lean Consulting and Flextronics International.

Guggenbach has been overseeing RUAG Space for the past 11 years as its EVP and former CEO. 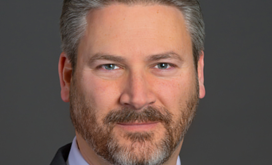