The company said Wednesday it halted contract work due to a bid protest that was filed after the announcement of the award in September 2019 and was recently withdrawn.

The indefinite-delivery/indefinite-quantity contract covers IT operations support at the classified and unclassified levels for Air Force components as well as other military users in the Washington, D.C. metro area such as the Joint Chiefs of Staff and National Military Command Center.

“We are honored to support ‘no-fail’ missions operated out of the NCR by keeping military decision makers securely connected,” said Gerry Fasano, president of Leidos’s defense group and a 2020 Wash100 awardee. 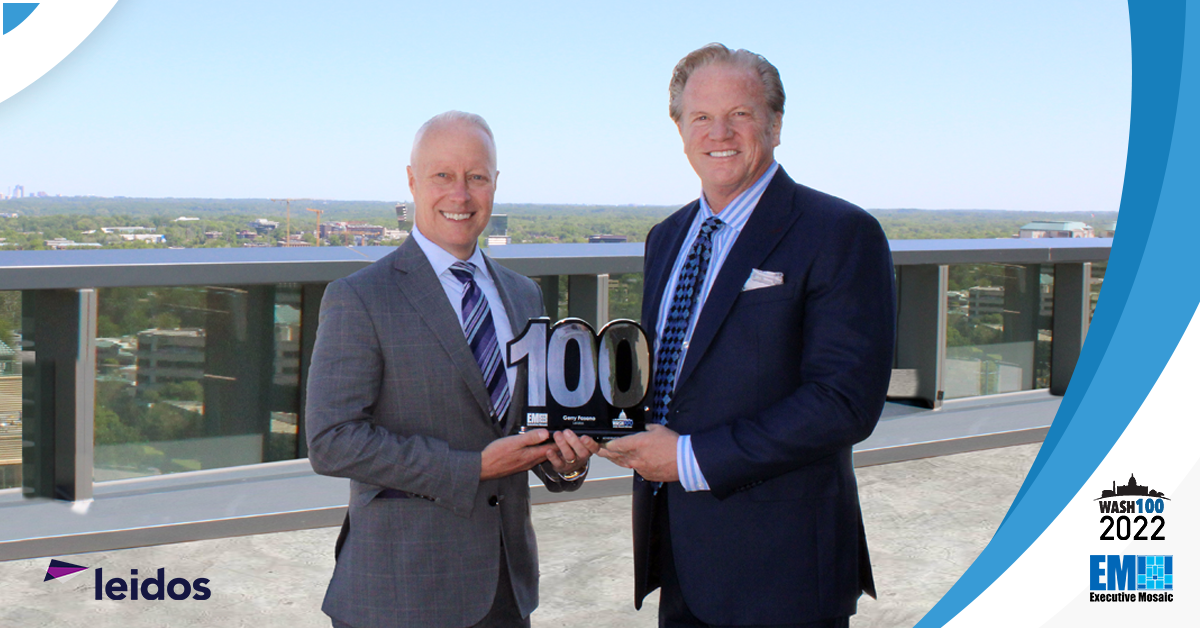 Gerry Fasano, president of the defense group at Leidos, was presented his 2022 Wash100 Award, the third consecutive year that he’s received the honor, by Executive Mosaic CEO Jim Garrettson during a recent visit to the company’s office. Executive Mosaic recognizes Gerry Fasano as a three-time winner of the most prestigious and illustrious award in government contracting (GovCon)