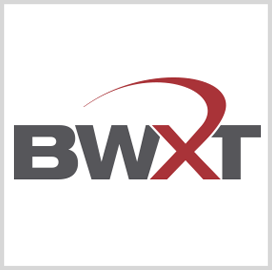 A subsidiary of BWX Technologies (NYSE: BWXT) has secured contracts worth potentially $1B from the U.S. Navy to produce reactor components for the Naval Nuclear Propulsion Program, a collaboration between the service branch and the Department of Energy.

BWXT said Monday its nuclear operations group will obtain materials and manufacture parts to support the construction of a Ford-class aircraft carrier.

The company booked an initial contract during 2019's fourth quarter that accounts for around two-thirds of the award's total estimated value and noted it expects the government to exercise the remaining option later this year.

Work will take place at NOG facilities within Indiana, Ohio and Virginia.

“We are proud to provide nuclear propulsion systems that enable U.S. Navy sailors and aviators to protect freedom around the globe,” said Rex Geveden, president and CEO of BWXT.