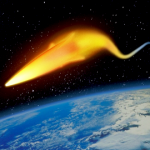 A Lockheed Martin-led (NYSE: LMT) team has received a potential $347M contract from the U.S. Army to build and integrate a ground-based hypersonic strike weapon system prototype designed to provide warfighters a residual combat capability by 2023.

The LRHW prototype will leverage Common-Hypersonic Glide Body systems and unveil a new class of long-range missiles that could be launched from land-based mobile platforms.

Work on the multiyear contract will occur at Lockheed’s facilities in Alabama, California, Colorado and Texas.