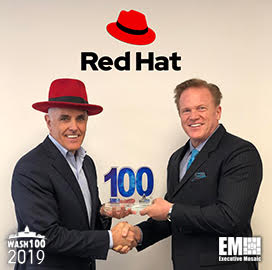 Executive Mosaic recognizes Smith for accelerating the use of hybrid cloud platforms and other technology to assist federal agencies and grow the cyber workforce. We are ecstatic to present the most coveted award in government contracting to Paul Smith.

Smith joined Red Hat in Nov. 2004 and has led the company’s government business unit in sales, marketing, consulting, channels and strategic planning. Prior to his tenure with Red Hat, Smith served as the vice president of Government Sales Operations at VERITAS between 2000 and 2005, where he led sales for its state and local organizations nationwide.

Smith served as the national director state for Local and Educations Sales for Netscape between 1998 and 2000. He was the regional sales manager of the Oracle Corporation from 1989 to 1997 and led the company’s sales organizations in the public sector, aerospace and defense. He’s also held positions with Unisys and ExxonMobile.

In addition, Smith has served as a member of the board of directors for Amida Technology Solutions since Dec. 2016. He also served as a commodore for the Avalon Yacht Club for three years. Smith earned his Bachelor of Business Administration from Loyola University Maryland in 1981.

On Monday, GovConWire reported that President Trump would nominate Rep. John Ratcliffe (R-Texas) to succeed Dan Coats as the director of National Intelligence.  “I think that John Ratcliffe is going to do an incredible job, if he gets approved,” Trump told reporters at the White House via CNN. “I think we need somebody like that 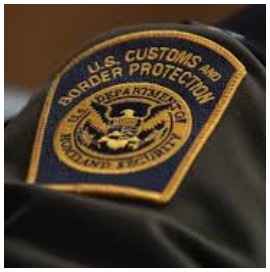 This article was written by Clay Goldwein and John Nemoto of CGI Federal.  Innovation is arguably one of the most discussed, yet misunderstood, buzzwords in government and industry. When simply defined, innovation refers to a new method, product or idea. And within that innovation arc, a change is considered revolutionary when it radically disrupts the

Executive Mosaic will host Potomac Officers Club’s 2019 Secure Supply Chain Forum on July 18th. The forum will feature Kristen Baldwin, deputy director of strategic technology protection and exploitation with the Department of Defense, as the keynote speaker. Don’t wait to register.  The forum will also feature an expert panel of GovCon leaders across the
Sponsor