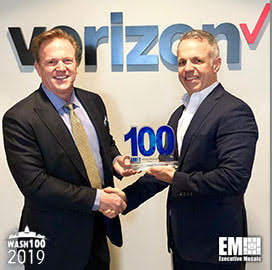 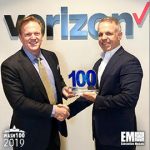 Executive Mosaic recognizes Maiorana for his leadership and sales expertise that led to several major achievements and contracts for the company. We are honored to present the most coveted award in government contracting to Michael Maiorana and Verizon.

Maiorana joined Verizon Wireless as the compnay’s Washington-Baltimore-Virginia region president in 2008 and served in the role for five years before assuming his current position. He also served as the vice president of national government sales and operations for the company where he led sales and customer service for federal, state and local government customers.

Maiorana is a five-time recipient of the Verizon Wireless President’s Cabinet Award for sales achievement. He is serving his second term as a member of the board of directors of the Northern Virginia Technology Council. He earned his bachelor’s degree in marketing from Rutgers University and an MBA in finance from Montclair State University.