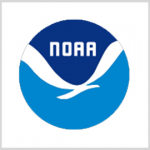 The U.S. Navy’s Naval Sea Systems Command has selected three companies to create preliminary designs of a vessel for the National Oceanic and Atmospheric Administration to survey and collect data from shallow coastal areas, continental shelves and oceans across the globe.

NAVSEA announced the award of Phase I contracts under the Auxiliary General Purpose Oceanographic Research Vessel Variant procurement effort in a FedBizOpps notice.

Award details are as follows:

A contractor would receive up to $150M if the submitted design moves onto the second phase of the program, VT Halter Marine’s parent company Vision Technologies Systems said Monday.

NOAA sought to buy up to eight vessels to support charting, surveying and oceanographic monitoring efforts, as well as to address the agency’s at-sea priorities based on the projected end of service of existing ships by 2028.