On Tuesday, Jan. 15th, Govcon leaders from the public and private sector gathered for the Potomac Officers Club’s 5th Annual Defense Research and Development Summit. The event featured keynote addresses from five of the top leaders in the R&D field.

Mary Miller, acting assistant secretary for research and engineering at the Department of Defense, and Thomas Gillespie, director of DoD’s Information Analysis Centers, led off the discussion about the realities of technological innovation.

Miller revealed the challenges facing the U.S. in the R&D industry to achieve technological superiority. She explains the flaw in DoD’s plans was to focus on acquisition programs instead of on force and operational readiness enforced structure. As a result, adversaries in technology are projected to surpass the U.S. in the industry within the next five years. Miller expressed the need for the DoD to bring in the highest qualified people focused on technology to achieve superiority and maintain it for R&D industry leaders to become the “strategic thinkers.”

Gillespie broke down the IAC’s role in R&D innovation and detailed the massive $28B IAC-MAC contract that was awarded to 15 companies in September. He explained the IAC is broken into the cybersecurity, defense and homeland defense areas and its focus is addressing the anti-access and area denial threat, developing hypersonic missile technology and supporting the Capability and Resource Analysis Division with space campaign modeling.

The event continued with keynote addresses from Dr. Peter Highnam, deputy director of the Defense Advanced Research Projects Agency, and Dr. Marie Sandrock, deputy director of DoD’s Strategic Capabilities Office. Dr. Highnam focused his speech discussing DARPA’s major campaigns in artificial intelligence and microelectronics that are “reinventing the industry.” He reiterated that a third of DARPA’s 250 running programs are AI-based. DARPA is utilizing many challenges to test its technology, including the Subterranean Challenge and KAIROS for AI.

Following Dr. Highnam, Dr. Sandrock discussed the goals of the SCO to focus on filling the operational gaps to turn prototypes and transition them into services within three to five years. Her central concept is to “work at the speed of relevance” and SCO’s success is based on rapid-prototyping. She also noted that AI and machine learning has proven to be effective in finding solutions for those gaps.

The last keynote speaker of the event was Kevin Keaton, chief innovation officer of the National Security Agency, who explained the two missions of NSA are protecting U.S. secrets and pursuing the secrets of our adversaries that are worth knowing. He went into detail about the innovation process and described that failure is the key to innovation in the R&D industry.

“The goal is to get the certainty. The only way you do that is through data. The only way you get paid is to do some experiments. If you have a hypothesis, you have do things to test your hypothesis,” said Keaton. “This is not magic. Some people do think that innovation is pixie dust. You sprinkle some on a really hard problem to make everything better. It is absolutely not. It’s hard work.” 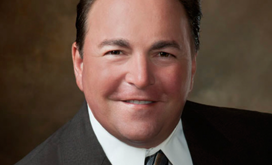 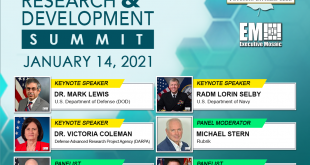 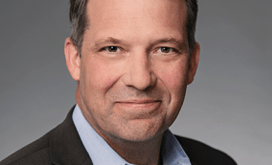 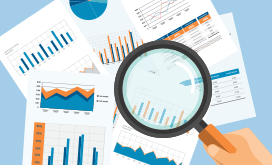