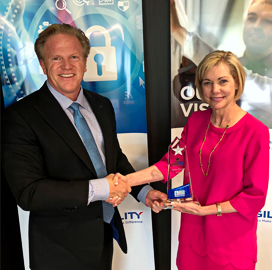 The Wash100, now running on its fifth year, recognizes the most influential and impactful executives in the GovCon industry, as selected by Executive Mosaic’s organizational and editorial leadership. Representing the best of the private and public sectors, these individuals demonstrate superior leadership, innovation, reliability, achievement and vision.

Executive Mosaic recognized Dugle, who joined Engility in 2016 after a 12-year stint at Raytheon, for her leadership during Engility’s expansion during 2017.