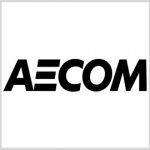 AECOM said Tuesday it can now continue to provide personnel, supervision and related services to support the Army’s rotary wing flight training efforts after the service branch resolved a protest on the contract award.

The contract awarded by the Army Mission and Installation Contracting Command contains a 12-month base period, followed by options that could extend work through Sept. 30, 2026.

The company noted it uses multiple helicopter platforms and simulation devices to instruct Army pilots during the initial phase of the rotary-wing training program.

More than 25,000 student pilots of the Army, Air Force and allied nations have received military rotary-wing training from AECOM and its predecessor companies since 1989.