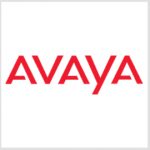 Avaya has appointed seven new members to its board of directors as part of the Santa Clara, California-based communications technology firm’s reorganization effort.

Jim Chirico, formerly chief operating officer at Avaya who assumed the president and CEO roles in October, will serve as a board member once the reorganization is consummated, the company said Monday.

Other executives appointed to Avaya’s board include:

Chichiro said the board members’ industry insights and business skills would help the company increase shareholder value and position it for growth upon emergence from chapter 11 as a public firm.

The U.S. Bankruptcy Court for the Southern District of New York is set to hold a hearing Nov. 28 on the company’s second amended reorganization plan.