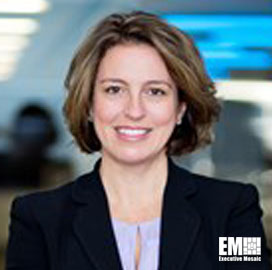 Tiffanny Gates, federal business president at Novetta since January 2016, will elevate to the CEO role at the McLean, Va.-based analytics technology company in March 2017.

Novetta said Feb. 10 that Gates will succeed Peter LaMontagne, who will leave the company in a full-time capacity.

“Tiffanny taking over as CEO has been in the works since we were fortunate enough to recruit her to Novetta more than a year ago,” said LaMontagne.

Her leadership roles at Blackbird and prior to that at ManTech International (Nasdaq: MANT) included positions focused on business development as well as cyber and cloud-based technologies.

She joined ManTech in 2008 as a senior vice president upon its acquisition of Emerging Technologies Group, which she founded in 2000 as a cyber forensics and information services provider.