Pamiljans will succeed the retiring Thomas Vice on April 1 and report to Wes Bush, Northropâ€™s chairman, CEO and president,Â the company said Monday.

Vice, a 31-year company veteran, previously served as corporate VP and president of Northropâ€™s technical services sector and currently sits on the board of advisers of Purdue Universityâ€™s School of Astronautics and Aeronautics and Florida Institute of Technologyâ€™s board of trustees.

He has been with Northrop for three decades and has worked on the B-2 bomber program as well as drone and manned aircraft systems. 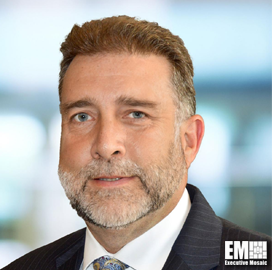 LMI has received a contract from the Defense Advanced Research Projects Agency to support a research and development program focused on ensuring network security for logistics operations.

Jim Garrettson, founder and CEO of Executive Mosaic, presented Richard White, president of SSL Government, with his first Wash100 Award on Friday. Executive Mosaic recognizes White for his efforts to be innovate in the fields of spacecraft technology and space exploration. We are honored to present the most coveted award in government contracting to Richard