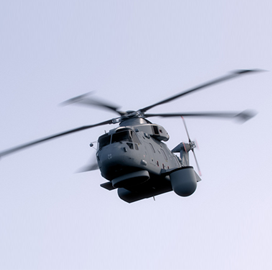 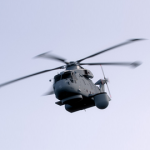 The contract for the Crowsnest aerial surveillance program covers initial provisioning of spares as well as demonstration and manufacturing work, Lockheed said Monday.

Lockheed will serve as the prime contractor and will collaborate with Thales and Leonardo’s helicopter business on the contract.

Lockheed will design and develop the Crowsnest system, while Thales will provide the Searchwater radar and Cerberus Mission System for integration with the U.K. navy’s Merlin helicopters.

Leonardo’s helicopter business will modify the Royal Navy’s 30 Mk2 aircraft to facilitate the deployment of the Crowsnest system and will perform work at its Yeovil, England-based facility and at Royal Naval Air Station Culdrose.

The Crowsnest platform will work to detect long-range aerial and surface threats and perform surveillance and intelligence operations in an effort to protect Queen Elizabeth-class aircraft carriers from potential threats.

Paul Livingston, vice president and group managing director of integrated systems business at Lockheed’s U.K. arm, said the company delivered the 30th Merlin Mk2 helicopter to the British navy in 2016 as part of its work on the Merlin Capability Sustainment Program.