BAE Systems PLC Chief Operating Officer Charles Woodburn will start a series of meetings with clients and suppliers sometime in October or November as part of preparations to succeed Ian King as CEO of the British defense contractor, Bloomberg reported Wednesday.

Benjamin Katz and David Hellier report that Woodburn will assume a bigger role with outside stakeholders while King will continue to serve as chief executive until at least February 2017.

Shares in GovCon Index-listed BAE were flat on U.S. over-the-counter markets as of 12:00 p.m. Eastern time Wednesday and closed down 0.28 percent on the London Stock Exchange.

The two-decade oil and gas industry veteran will oversee the development of a warship for the U.K. navy and a replacement for Britain’s Trident nuclear missile system upon his elevation to the chief executive post, Bloomberg stated.

Woodburn’s potential tasks as CEO also include the development of an unmanned combat air vehicle through a joint venture with Rolls-Royce, Thales SA and Safran SA, Katz and Hellier reported. 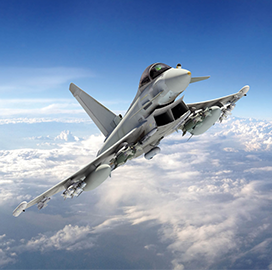 BAE Systems has secured a potential $6.69 billion contract to supply Qatar’s air force with 24 Eurofighter Typhoon multirole fighter jets. The company said Sunday it expects to start deliveries in late 2022 and will also provide in-service support and initial training services as a prime contractor on the contract. A consortium composed of BAE, Airbus Group‘s defense and space

BAE Systems has announced plans to eliminate its U.K. and international platforms and services operating groups as part of a reorganization effort that will take effect on Jan. 1. The company said Tuesday it will consolidate its military air and information business, its interest in the MBDA joint venture as well as its Australia, Oman 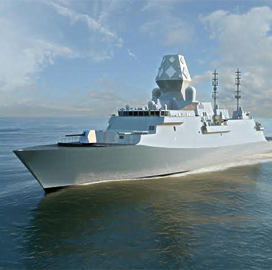 BAE Systems has received a potential $4.8 billion contract from the U.K. defense ministry to build the first three ships under the country’s Type 26 Global Combat Ship program. The company said Sunday the contract is expected to create at least 3,400 jobs across the U.K. and that it will begin the steel-cutting operation on