Airbus Group and Safran have completed the merger of their space launch operations through a joint venture in an effort to support commercial sector clients in Europe.

Airbus CEO Tom Enders said the finalization of the 2014 deal will help facilitate the development of the Ariane 6 launch vehicle that is scheduled to make its inaugural flight in 2020.

Airbus Safran Launchers, which has operations in Germany and France with approximately 8, 400 employees, will incorporate core business-related subsidiaries and assets of its parent companies following the completion of the merger.

Tim Hepher also reports for Reuters that debate over how the French government would consider Safran’s payment to Airbus for tax purposes delayed the deal’s finalization.

A new PwC report says the value of global mergers and acquisitions in the aerospace and defense sector reached $72 billion in 2017, exceeding the previous record of $67 billion set in 2015. PwC reported that A&D companies worldwide recorded 454 M&A transactions last year with an average deal size of $411 million. Significant deals in the A&D sector 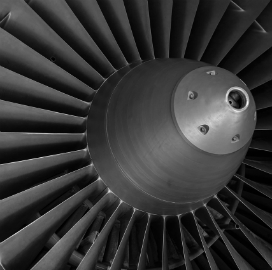 A joint venture of Safran‘s aircraft engines unit and General Electric‘s (NYSE: GE) aviation business will supply F108 military aircraft engine replenishment spare parts to the Defense Logistics Agency under a potential $2 billion contract . CFM International will perform work in Ohio and France under the contract that contains nine base months, a four-year option and an additional three-year option, the Defense Department said

Airbus Group and Safran have completed the merger of their space launch operations through a joint venture in an effort to support commercial sector clients in Europe. Safran will pay approximately $835 million to Airbus in order to acquire a 50-percent stake in Airbus Safran Launchers joint venture, Airbus said Thursday. Airbus CEO Tom Enders