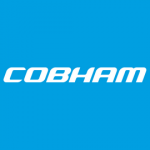 Cobham said Wednesday that current CFO Simon Nicholls will depart the company later in the year and remain in the role as the transition process is carried out.

Mellors is also a former deputy CFO of Logica and prior to that was CFO of its international division that operates in North America, Australia, Middle East and Asia,

A member of the Institute of Chartered Accountants in England, he has also held leadership positions with CMG Plc, Rio Tinto plc and Price Waterhouse.