The GovCon Index failed to carry over momentum from Monday’s sharp gain and posted a decline of 0.417 points to 71.815 Tuesday as U.S. stocks also suffered losses driven by another decline in oil prices and a new Consumer Confidence Index reading that fell below economists’ expectations.

Intelsat (NYSE: I) posted a second consecutive steep decline with Tuesday’s loss to the tune of 9.19 percent and shares in the satellite services provider have fallen 19.19 percent over two days after the company cut its 2016 sales outlook and stated fourth quarter revenue that missed Wall Street analyst forecasts.

The S&P 500 composite index, which also contains 11 GovCon Index stocks, fell 1.25 percent as crude oil futures in New York settled down 4.55 percent to $31.87 on reports that a deal between the major petroleum providers to cut production is not gaining traction but they may opt for an output freeze in March, according to CNBC.

CNBC also reported the consumer confidence index declined 5 points from January to 92.2 in February, while analysts expected the February reading to come in at or near January levels. 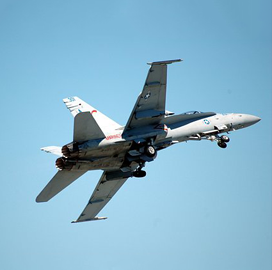 The GovCon Index rallied Thursday to extend its current stretch of volatility into a fifth straight session as large primes and S&P 500-listed contractors led advancers in conjunction with gains in the larger U.S. stock market on economic data traders view as a factor against a September interest rate hike. The GovCon Index has added or lost a 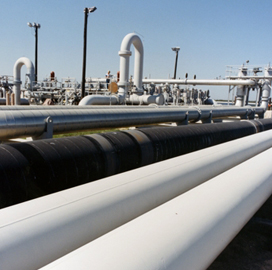 The U.S. Army has selected 12 companies to compete for task orders to help the Army Corps of Engineers design and construct petroleum, oil and lubricant facilities across U.S. states and territories under a potential five-year, $490 million contract. The Defense Department said Tuesday USACE received 24 offers for the project through a competitive bidding process via the Internet and will
Advertisements