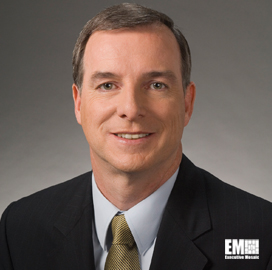 Garrity told colleagues of his retirement in an email Friday.

ExecutiveBiz featured him in a 2008 article on the 10 must-know finance executives in the govcon space and dubbed him a “secret weapon” of General Dynamics Information Technology.

He has served as the finance and administration VP of the worldwide telecommunication systems and network systems segments at General Dynamics and managed the divestiture of GTE‘s government systems subsidiary, which General Dynamics acquired in 1999.

He also worked on international financial management programs at GTE and was chairman of its contract compliance council.

“Mike Garrity is an exceptional executive known by so many in GovCon and respected by all those that have all the good fortune to engage with him professionally, ” said Jim Garrettson, president and founder of GovCon Wire publisher Executive Mosaic.

Executive Mosaic wishes Mike Garrity its best as he retires from GDIT.

Mike Garrity, vice president of finance and administration at General Dynamics‘ (NYSE: GD) information technology business, has retired after nearly 40 years of financial management work in the government contracting industry. Garrity told colleagues of his retirement in an email Friday. ExecutiveBiz featured him in a 2008 article on the 10 must-know finance executives in the
Sponsor