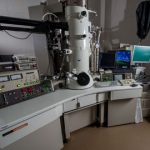 “Computers based on superconducting logic integrated with new kinds of cryogenic memory will allow expansion of current computing facilities while staying within space and energy budgets, and may enable supercomputer development beyond the exascale.”

ODNI said the selected teams will work on the logic and memory subsystems and plan the superconducting computer prototype under the initial phase of the program.

Through C3, the agency also hopes to achieve new developments in the areas of cryogenic memory, superconducting logic and cooling.