The U.S. Patent and Trademark Office has awarded positions on a potential five-year, $118 million contract to three companies for information technology services.

AEEC, eGlobal Tech and Octo Consulting will compete for task orders to perform the work on a labor hour basis, the agency said in a March 24 FedBizOpps notice.

The agency is also holding a full-and-open competition for the IDEAI-2 program (Infrastructure, Design, Engineering, Architecture, and Integration).

PTO lists areas of contract work as including:

In today’s federal contracting landscape, data is one of the most important and useful assets an organization can leverage. Data coming from multiple endpoints, sources and sensors can provide agencies with critical insights into business processes, IT environments, security and more — if harnessed properly. Top-level government and industry executives often call data “the new 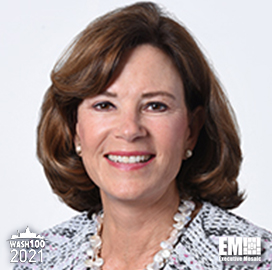 Dawne Hickton, executive vice president and chief operating officer of Critical Mission Solutions at Jacobs, has received a 2021 Wash100 Award for expanding the company’s cybersecurity business and driving significant growth through contract awards. This marks the second consecutive year that Hickton has won the most significant award of consequence in all of government contracting