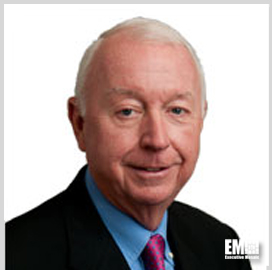 Booz Allen Hamilton leader Ralph Shrader has held the chief executive role at the Tysons Corner, Va.-based government services provider since 1999, and has overseen several important changes at the firm, including the separation of its government and commercial businesses and its transition into a public company.

Marjorie Censer of the Washington Post reports that Shrader believes Booz Allen will need to continue to evolve in the GovCon space to drive growth in the future.

“We’re going to have to be mindful of the fact that, over the next couple of years at least, there are a lot of pitfalls … that are still out there that are going to have be navigated, ” Shrader told Censer.

One move Booz Allen has already taken is investing $40 million in a Strategic Innovation Group, whose initiatives in emerging technologies and mission solutions are led by Angie Messer.

Messer recently caught up with ExecutiveBiz (click hyperlink for full story) to discuss the role of innovation and entrepreneurship at the company and some of her technological areas of focus.

The company has also returned to the M&A well in the past few years after around 10 years where it did not complete such a deal.

Booz Allen picked up ARINC’s defense engineering business in December 2012 and closed its pick up of engineering and prototyping company SDI Corp. in January 2013.

Jim Garrettson, founder and CEO of Executive Mosaic, presented Ellen Lord, undersecretary of defense for Acquisition and Sustainment (A&S) with the Department of Defense, with her third Wash100 Award on Thursday.

Robert Lightfoot, former acting administrator of NASA, has been appointed vice president of strategy and business development at Lockheed Martinâ€™s (NYSE: LMT) space segment in a move that will take effect May 6. He will oversee new business strategy, technology concepts and strategic planning activities for the space business area, which covers communications, missile warning

PwC: US Aerospace & Defense Firms Spend More in R&D for 2017