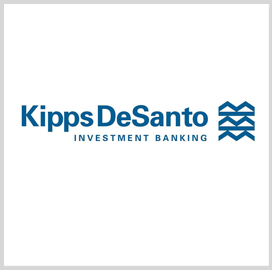 MacAulay-Brown acquired national security products and engineering services provider Commonwealth Technology in late January in a deal that KippsDeSanto & Co. says could represent a trend in the government contracting market.

Kipps says that a company such as CTI is in high demand because it meets certain criteria that GovCon firms are looking for in an M&A partner.

KippsDeSanto recently acted as an adviser on the Secure Communication Systems and Tactical Micro deal, M&A activity that met some of the same criteria as the CTI deal.

Kevin DeSanto, managing director at KippsDeSanto,  said M&A deals in GovCon, which were mostly absent in 2013, are due to ramp up again.

He said that because the federal government was able to agree on a two year budget agreement, larger companies are more stable and can stop focusing internally and look for M&A partners.

Karl Schmidt, managing director at KippsDeSanto, told GovCon Wire that the amount of M&A activity in the pipeline at the investment banking firm is evidence of this new flurry of activity.