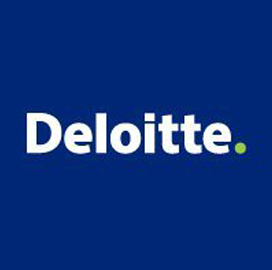 Maritza Montiel, a four-decade Deloitte veteran and U.S. deputy CEO, has been appointed to succeed Robin Lineberger as chief executive of the firm’s federal practice, a Deloitte spokesperson has confirmed to GovCon Wire.

Lineberger has moved into a strategic lead client service role as part of a series of leadership rotations the firm makes every fiscal year, the spokesperson said.

Montiel most recently served as head of government relations, quality and risk at Deloitte and has served as a managing partner since 1984.

Lineberger was elected in November 2012 into the “Washington 100, ” a group voted on by Executive Mosaic‘s editorial team and contracting leaders recognizing executives who drive above-average innovation and growth at the intersection of the public and private sectors.

He joined Deloitte upon the firm’s acquisition of BearingPoint, where he served as executive vice president of the 4, 500-person global public services business unit.

Christopher Kastner, chief operating officer of Huntington Ingalls Industries (NYSE: HII), has been selected by the company’s board of directors to succeed Mike Petters as president and CEO in a move slated to take effect March 1. Petters, a previous Wash100 Award recipient, will continue to represent HII throughout the year and serve as executive
Sponsor