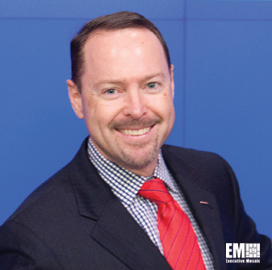 John Hillen, formerly president and CEO of Sotera Defense Solutions for five years, is one of three new appointees to the board of directors at Software AG Government Solutions, the Germany-based software conglomerate’s subsidiary focused on the U.S. federal market.

“All three of our new board members have extensive experience in the benefits that leading edge IT solutions can deliver to government customers, ” said Tod Weber, chairman and CEO of Software AG Government Solutions.

Hillen serves as vice chairman of Sotera’s board of advisers and also has led CGI Federal as president.

He served as assistant secretary of state for political-military affairs between 2005 and 2007.

Heflebower, a retired Air Force lieutenant general, worked as an independent consultant to military leaders in all branches for nine years before joining SAIC.

Wade retired from government service in 2005 after 35 years with the CIA, having served as CIO since 2001 and also holding the same role for the U.S. intelligence committee.

He has also served as the agency’s communications director and security director.