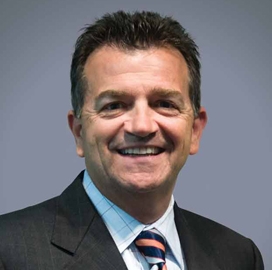 The company also announced Monday that Daniel Keefe, the group’s executive vice president and general manager, will succeed Addeo as president and COO of the group.

Both Addeo and Keefe will report to George Pedersen, chairman and CEO, and Addeo will be responsible for growing ManTech’s business in new markets.

Before joining ManTech, Addeo served as COO of Serco Inc., the Britain-based contractor’s North American subsidiary, and prior to that as president of AT&T‘s (NYSE: T) government solutions business.

Keefe, a retired U.S. Army brigadier general, joined ManTech in March 2011 as the group’s senior vice president for strategic initiatives and was promoted to the EVP role in January 2012.

Prior to ManTech, he served as senior VP and GM at L-3 Communications‘ (NYSE: LLL) MPRI division.

Dovel Technologies has won a potential five-year, $377 million contractÂ to update and manage a grants management services platform that multiple federal agencies use. The companyÂ said TuesdayÂ it will provide technology and programming support for theÂ GrantSolutions Center of Excellence, which handles over $80 billion in grant awards for programs across the departments of Health and Human Services,

The company set to be formedÂ by the merger of Computer Sciences Corp. (NYSE: CSC) and the enterprise services segment of Hewlett Packard Enterprise (NYSE: HPE) will operate under the “DXC Technology” name upon the deal’s scheduled April 3 closure. CSC said Wednesday the future companyÂ will list on the New York Stock Exchange under the ticker