Prior to her appointment, Wierzbanowski was the Falls Chuch, VA.-based firm’s VP of government relations and special projects.

Wierzbanowski will succeed John R. Landon who is retiring at the end of the year.

Before joining Northrop in 2011, Wierzbanowski served as legislative assistant to the vice-chairman of the U.S. Joint Chief of Staff.

Earlier in her career, Wierzbanowski was an Intelligence Officer in the Air Force for 20 years before becoming the Force Applications Division chief at the National Air & Space Intelligence Center. 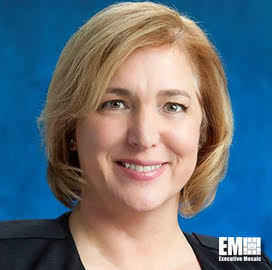 Northrop Grumman has been awarded a $690 million task order contract by the General Services Administration’s Federal Systems Integration and Management Center to develop a suite of data systems for the Defense Intelligence Agency (DIA), the company announced Wednesday. Under the task order, Northrop will support the agency's Transforming All-Source Analysis with Location-Based Object Services program.

Northrop Grumman (NYSE: NOC) has secured a spot on the U.S. Armyâ€™s potential $982M R4 indefinite-delivery/indefinite-quantity contract for cyber and electronic warfare capabilities. The service will use the R4 IDIQ contract to support cyber electromagnetic activities needed to build up the forceâ€™s lethality in non-kinetic combat engagements, Northrop said Wednesday. â€œOur work on R4 will