According to the Department of Defense, “Lockheed Martin (NYSE: LMT) is being awarded a $76, 041, 000 fixed-price-incentive-firm modification to a previously awarded advance acquisition contract activity (N00019-10-C-0002).  This modification provides additional funding for long lead efforts and materials associated with the production and delivery of 42 low rate initial production Lot V F-35 Joint Strike Fighter aircraft for the Air Force (22 Conventional Take Off and Landing aircraft); the Marine Corps (13 Short Take Off and Vertical Landing aircraft); and the Navy (7 Carrier Variant aircraft).  Work will be performed in Fort Worth, Texas (35 percent); El Segundo, Calif. (25 percent); Warton, United Kingdom (20 percent); Orlando, Fla. (10 percent); Nashua, N.H. (5 percent); and Baltimore, Md. (5 percent), and is expected to be completed in May 2011.  Contract funds will not expire at the end of the current fiscal year.  The Naval Air Systems Command, Patuxent River, Md., is the contracting activity.

“Raytheon (NYSE: RTN) is being awarded $48, 900, 000 for ceiling priced delivery order #0002 under previously awarded contract (N00383-10-G-006D) for repair of the Advanced Targeting Forward Looking Infrared (ATFLIR) system used in support of the F/A 18 aircraft.  Work will be performed in McKinney, Texas (70 percent); Jacksonville, Fla. (20 percent); and El Segundo, Calif. (10 percent), and is expected to be completed by December 2011.  Contract funds will not expire before the end of the current fiscal year.  This contract was not competitively awarded.  The Naval Inventory Control Point, Philadelphia, Pa., is the contracting activity.

“Lockheed Martin is being awarded an $18, 969, 315 cost-plus-fixed fee, cost-plus-incentive fee, and cost-plus-award fee modification to previously awarded contract (N00024-09-C-5103) to exercise an option for fiscal 2011 Aegis platform systems engineering agent activities and Aegis modernization advanced capability build engineering.  The platform systems engineering agent manages the in-service combat systems configurations, as well as the integration of new or upgraded capability for the Ticonderoga and Arleigh Burke class of ships.  Work will be performed in Moorestown, N.J., and is expected to be completed September 2012.  Contract funds in the amount of $200, 000 will expire at the end of the current fiscal year.  The Naval Sea Systems Command, Washington, D.C., is the contracting activity.

“General Dynamics (NYSE: GD) is being awarded a $7, 360, 657 modification to previously awarded contract (N00024-11-C-2109) for engineering and technical design services to support research and development of advanced submarine technologies for current and future submarine platforms.  Work will be performed in Groton, Conn., and is expected to be completed by October 2011.  Contract funds will not expire at the end of the current fiscal year.  The Naval Sea Systems Command, Washington, D.C., is the contracting activity. 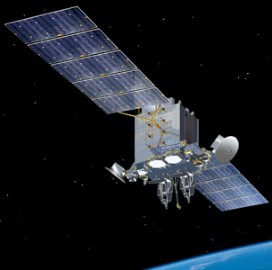