Fuchs has also been appointed to the Company’s board of directors, effective immediately.

Current boss Dr. Edward H. Bersoff will stay on as chairman of the board after Fuchs transitions into the new role at the start of the year.

Before coming to ATSC earlier this year, Fuchs was the president and chief executive officer of OAO Technology Solutions. He has also served as president of Northrop Grumman’s (NYSE: NOC) Information Technology’s Civilian Agencies Group.

“The move demonstrates the confidence we have in ATSC’s performance under Sid’s leadership and I look forward to continuing to work with him to ensure a seamless transition, ” said Bersoff.

Fuchs also served as president and CEO of then Northrop-subsidiary TASC.

“I am pleased to accept the opportunity to continue to grow ATSC in this new role, ” said Fuchs. “I want to thank Dr. Bersoff for his tremendous achievements over the last four years at ATSC in setting a vision to become an IT services industry leader, recruiting a highly experienced management team that I was fortunate to become a part of, acquiring and integrating several companies to broaden our capabilities and growth prospects, and establishing the foundation that transformed our complex Special Purpose Acquisition Corporation heritage into what is now a fully integrated operation poised for growth and publicly traded on a national stock exchange.  I am excited about our future and committed to continuing service to our customers, employees, and shareholders.” 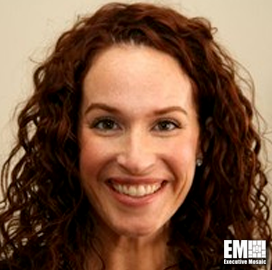 ATS Corporation (NYSE Amex: ATSC) has named COO Sidney E. Fuchs to the position of president and chief executive officer, effective January 1, 2011. Fuchs has also been appointed to the Company’s board of directors, effective immediately. Current boss Dr. Edward H. Bersoff will stay on as chairman of the board after Fuchs transitions into