Dell today announced the completion of its offer for Perot Systems, which expired Monday at midnight (EST). Dell has accepted shares tendered and has notified Perot Systems of its exercise of its top-up option to acquire Perot Systems shares.  In addition to securing the accomplished management team led by veteran Lee Carrick, Dell now owns more than 90 percent of outstanding Perot Systems shares.  They expect to quickly complete their acquisition of Perot Systems, expanding Dell’s technology services and business solutions offerings.

Carrick’s unit picked up $300 million in re-competes since 2008, 18 percent growth. The upcoming year just as promising for Dell Services, as his team has already won almost every one of its re-competes, as well as positions on two new contract vehicles.

Perot Systems will be re-christened Dell Services and will develop and boast that they deliver a best-in-class suite of end-to-end IT services and business solutions that reduce IT complexity and costs. The integration of Perot Systems extends Dell Services into hosting, consulting, applications and business-process outsourcing, and expands Dell’s existing managed and modular services. The combination leverages Perot Systems’ capabilities across Dell’s huge customer base, spanning global corporations, government agencies, health care and educational institutions, and small and medium enterprises.

Dell Services will be one of the world’s largest technology services organizations with more than 41, 000 experienced and skilled technology- and business-services professionals and revenue of approximately $8 billion from enhanced services and support over the past four quarters.

Peter Altabef will become president of Dell Services, reporting to Michael Dell, Dell chairman and CEO. Mr. Altabef brings more than two decades of leadership experience to his new role, including the last five years as CEO of Perot Systems.  In addition to previous Perot Systems operations, Mr. Altabef will be responsible for Dell’s commercial services, including consulting, sales, marketing, quality and customer relationship management functions and the company’s internal IT. 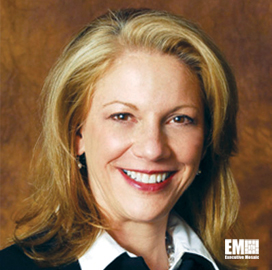 Dell Services’ Perot Systems Government Services (PSGS) won an IT field support services for critical mission and rescue systems from the U.S. Coast Guard. The deal expands on work PSGS has been performing for the Coast Guard for the last 10 years.  As part of the new five-year, $92 million Standard Workstation and Communication Infrastructure
Sponsor