The US Air Force has awarded Alliant Techsystems a contract to produce and supply 30mm ammunition. The contract is worth $20 million and the ammunition will be delivered by December 2010.

Under the contract, ATK will provide 30mm PGU-46/B High Explosive Incendiary ammunition for the Mk44 cannon, previously produced by ATK. The Mk44 is used on the MC-130W Combat Spear gunship which support operations in Afghanistan and Iraq. The contract was awarded by the Air Force Special Operations  Command contracting office. Mark DeYoung, President of Armament Systems at ATK, said “ATK is a global leader in integrated weapon systems that include medium-caliber cannons, ammunition, and electronics and fire control systems.  Our mission is delivering affordable and innovative technology to provide enhanced solutions and capabilities to customers worldwide.” 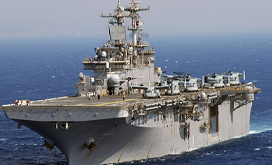 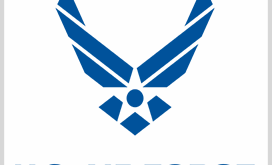 The U.S. Air Force plans to launch a competition for a potential $953M single-award contract to support the integration, maintenance and operations of air base air defense initiatives of the U.S. Air Forces in Europe – Air Forces Africa.

The General Services Administration has finalized the award of a potential $810M governmentwide transportation contract to Uber Technologies (NYSE: UBER) and Lyft, Reuters reported Monday. Both companies can start offering ride-hail services to federal employees and contractors nationwide under the five-year deal.