In May, Deloitte purchased substantially all the assets of BearingPoint’s North American Public Services business unit. Since that time the two groups have been focused on servicing their clients and integrating the businesses. Robin Lineberger, the former Executive Vice President of BearingPoint’s Global Public Services Practice has been named the CEO of Deloitte’s $1.5 billion Federal Government Services business. He had this to say about his appointment:

“I could not be more thrilled to have been asked to take on this role. I look forward to leading the combined team through the final stages of our integration and to extend the successes we have already achieved in the market place. This combination has become a truly powerful force in the Federal space.”

Deloitte’s Federal Government Services practice is comprised of nearly 6, 000 professionals from their Consulting, Audit and Enterprise Risk, Financial Advisory, and Tax services business units and currently services all of the cabinet level and many of the independent agencies of the Federal Government. The combined team will be headquartered in a newly acquired space in Rosslyn, VA when they complete the move in early November. 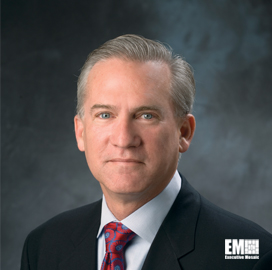 TYSONS CORNER, VA, June 21, 2017 — Deloitte has said in a new report that revenue in the global aerospace and defense sector grew 2.4 percent to reach $674.4 billion in 2016 led by the European commercial and U.S. defense subsectors, ExecutiveBiz reported Friday. The company said Thursday revenue for the global defense subsector in 2016 climbed by 2.1

TYSONS CORNER, VA, May 15, 2017 — A Deloitte study reports that U.S. aerospace and defense exports continue to grow but at a slower pace in 2016 compared to previous years due to a number of factors in the international market, ExecutiveBiz reported Friday. The company said Thursday A&D accounted for 10 percent of total U.S.

Robin Lineberger, lead client service partner for the aerospace and defense industry practice at Deloitte, has been named global and U.S. leader for the professional services firm’s A&D segment. He will succeed the retiring Tom Captain, a 36-year company veteran who is set to retire by the end of fiscal year 2017, and oversee the development of
Sponsor