Houston based firm KBR Inc. has announced the formation of a new group entitled Government, Defense and Infrastructure Business Group. William Utt, CEO, Chairman and President of KBR released a statement highlighting the companyâ€™s need for an all encompassing department.

Andrew Pringle will step into the role of SVP for International Government and Defense. Pringle previously served as VP of Government and Infrastructureâ€™s Europe, Africa and Middle East Government Defense business.

Washington Technology rated KBR no. 6 out of their Top 100 Largest Federal Government Prime Contractors in 2009. 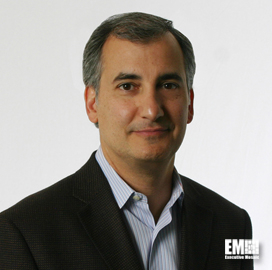 Christian “Chris” Alexander, a 10-year veteran of Parsons Corp. and a senior vice president, has been promoted to director of global business development for the company’s government services group. The 25-year business development veteran will lead the group’s global sales and marketing program in his new role, Parsons said Thursday. He succeeds Bill Bodie, who now
Executive Moves

Bill Bodie, formerly an executive vice president at Parsons Corp., has joined Fluor as senior vice president of business development for the company’s government group. He will be based at the Fluor government group’s headquarters in Arlington, Va. and be responsible for leading sales, marketing and communications, Fluor said Tuesday. At Parsons, Bodie most recently served